“To regain the administrative functions of the old Catalan Courts, ” with this goal in mind, on April 6th 1914, the Mancomunitat of Catalonia was established.

This would initiate a new political era, spearheaded by Enric Prat de la Riba, president of the Diputació of Barcelona. He would prove to be a leader who knew how to unite. The Mancomunitat of Catalonia was a voluntary confederation of the four diputacions of Catalonia. It had the goal of regaining the union shattered by the division into provinces of 1833.

Although the Mancomunitat of Catalonia was first envisioned in 1908, it wasn’t until 1911 that the Diputació of Barcelona proposed to the other three to implement the initiative. In September of the same year, the founding principles for its constitution would be passed and approved. Only one of the diputacions (Girona) was ruled by the Regionalist League, Prat de la Riba’s party. In Lleida, the Spanish liberal-monarchic party  had the majority, and in Tarragona, the republican-autonomist party.

Back in Madrid, the legal grounds for the creation of this future Mancomunitat of Catalonia would be defended by Francesc Cambó. However, the Catalan diputacions asked the towns to vote on this issue. Out of a total of 1,087 towns, only 55 abstained and two voted against.

Catalan supporters of this new initiative to join forces demonstrated again on October 24, 1913 with a large rally in the center of Barcelona. Almost two months later, on December 18, a decree from the Spanish government led by conservative Eduardo Dato allowed the Mancomunitat to be established.

Although the decree cleared the way for other provinces outside Catalonia to set up their own institutions, the Mancomunitat of Catalonia remained the only one to function in Spain. This fact gives it an aura of an early attempt at self-government.

The Mancomunitat was established on April 6, 1914 at the Palau de la Generalitat de Catalunya. Four months later World War I started. So, while in Europe people were dying, and towns and buildings were being destroyed, in Catalonia the Mancomunitat began to build a nation.

Prat de la Riba’s Diputació became the main engine of the Mancomunitat. With 57% of the population, it contributed 80% of the total resources to the new institution.

Prat de la Riba was elected as the first president of the new organizations on April 6, 1914, with 80 votes in favor, six abstentions, and no vote against from all the deputies of the four Catalan diputacions that together formed the Assembly of the Mancomunitat.

In his first speech as president, he announced that the Mancomunitat’s main goal would be to equip all towns with their own school, library, telephone connection, and roads. It should be noted that back in 1914 many towns in Catalonia did not have any of these services.

Prat de la Riba died on August 1, 1917 in Castellterçol, at the age of 47. The same year, the Assembly elected Josep Puig i Cadafalch as his successor. This distinguished architect, art historian, and founding member of the Institute for Catalan Studies won over pro-monarchy Joan Rovira i Agelet from Lleida, by 48 to 39 votes.

Through his political career, Puig i Cadafalch was reelected three times in six years, all three times with no opposition. Under his presidency, in 1920, the four diputacions transferred to the Mancomunitat all of the services and resources they still controlled. This is in stark contrast with the various governments in Spain refusing to transfer any jurisdiction or tax collection to the Catalan government.

In 1924, Primo de Rivera forcibly placed Alfons Sala as president of this Catalan institution. Finally, in 1925, Primo de Rivera himself permanently dissolved the Mancomunitat of Catalonia. 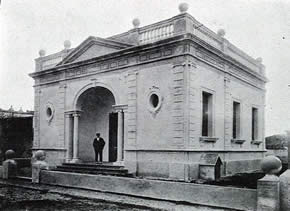 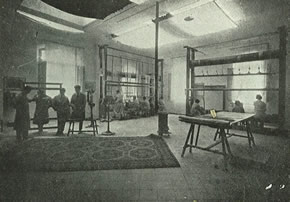 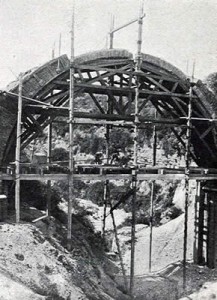